Today marks the 162nd anniversary of the William Billinghurst reel patent - issued on 8/9/1859 - for what is widely accepted as the first patented American fly reel. The paper in the background is an 1859 issue of Scientific American that announced the new "Rillinghurst reel". They realized the error, and printed a correction in a subsequent issue. The design, often referred to as a "birdcage" reel, influenced reel makers for at least 75 years, ending with the Sellers "Bas-Kit" reel, patented in 1934. 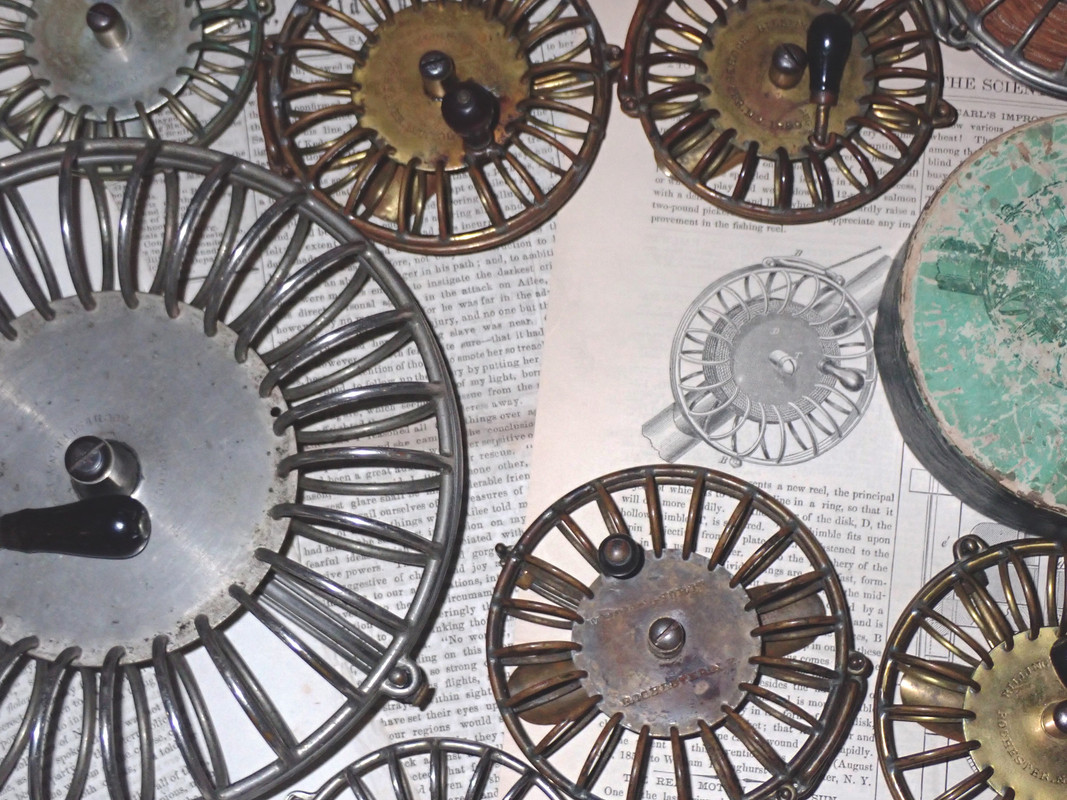